The 10-th Anniversary Stadium in Warsaw was built in 1955 from the rubble of a war-ruined Warsaw. It was to preserve Communism's good name for forty years, by the mid-'80s, it fell into ruin, becoming a post-Communist phantom. It was 'revived' by Vietnamese intelligentsia-cum-vendors and Russian traders, pioneers of capitalism. An open-air market called Jarmark Europa became the only multicultural site in the city, a storehouse of biographies, a major tourist attraction, a primeval forest, a realm of precarity and discount shopping, or a work camp for botanists. Its heterogeneity, its longstanding (non)presence in the middle of the post-Communist city, the invisibility of the Vietnamese minority, the debate around the new National Stadium here for the Euro 2012 football cup, and the lack of a critical debate on Poland's post-war architectural legacy - inspired Joanna Warsza's curatorial project Finissage of Stadium X.


A Trip to Asia: An Acoustic Walk Around the Vietnamese Sector of the 10th-Anniversary Stadium (2006); Boniek!, a one-man re-enactment of the 1982 Poland-Belgium football match by Massimo Furlan, (2007); or Radio Stadion Broadcasts by Radio Simulator and backyardradio (2008) were subjective excursions undertaken by artists, activists and athletes into the reality of a Stadium 'no longer extant'. The result were projects of a participative and semi-documentary nature (a walk, a football match, a Sunday radio station, a spectacle on a building site, an exhibition featuring real people) which touched upon issues of memory, deterioration, the power of imagination, ambiguities, and the future, as well as on the problematic exoticism of a disappearing place.


The reader Stadium X-A Place That Never Was offers a selection of texts presenting a multi-faceted picture of that site's deterioration and its existence as a 'city within a city' and also documents the series of live art projects. The Stadium and its parasites functions, which are now being erased form the map of Warsaw will likely become some distant planet, while the present publication, with the brilliant contributions from its authors, will attain - perhaps - the status of an unreal story about a place that, after all, never was.


Stadium X - A Place That Never Was: A Reader 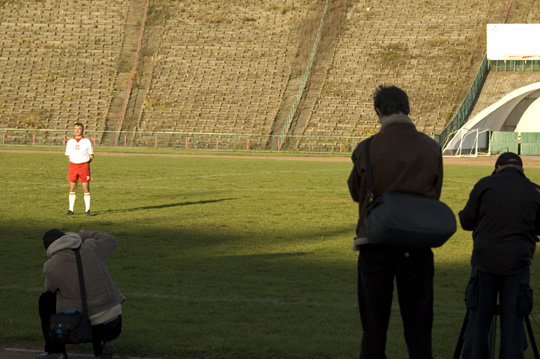 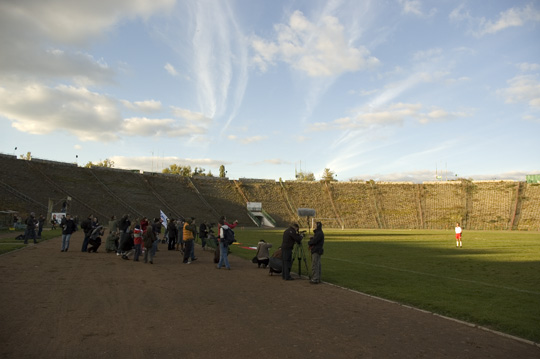 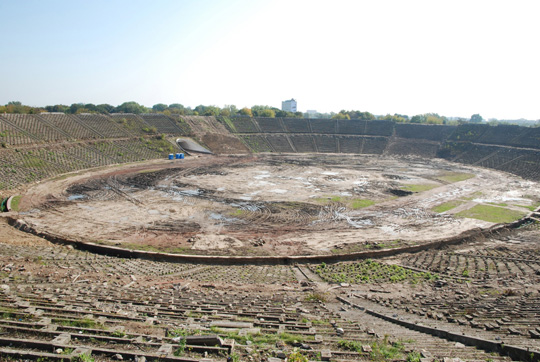