The Sick Films of Reynold Reynolds

This is the first time all six of Reynold Reynolds films have been screened together in the US. This event is long overdue for such an important American artist, currently living out a self-imposed exile in Berlin.

Burn (2003)
Burn is a stunning evocation of those unspoken, unconfronted somethings, those secrets, worries and lies, forming a force which is always a part of the fabric of everyday interactions; at first niggling at the edges, then - provoked by a word or a gesture - suddenly searing through everything and everyone in its path (Belinda McKeon, The Irish Times)

The Drowning Room (2001, Reynold Reynolds and Patrick Jolley)
"A sequence of domestic vignettes from the sunken suburbs. In the house, the stagnant atmosphere has slowly thickened to liquid. The inhabitants try to carry on as normal but beyond the borders of asphyxiation, communication is limited and expression difficult. Filmed entirely underwater in a submerged house to create an atmosphere unlike any other film."

Six Apartments (2007)
Six isolated people live in their apartments, side by side, oblivious to each other and the violent process of deterioration happening to the earth, to them, and their apartments.

Secret Life (2008)
A woman is trapped in an apartment that becomes alive. Her thoughts escape from her and come to life growing like plants out into the space around her, living, searching, overtaking her apartment, wild threatening her.

Secret Machine (2009)
The same protagonist from Secret Life encounters an antagonist that is studying her, measuring her body and comparing her to units of space and time. 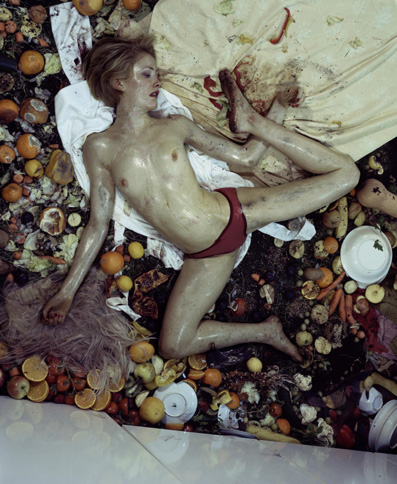 Reynold Reynolds was born in 1966 in Central Alaska. During his undergraduate schooling at the University of Colorado, Boulder, Reynolds initially studied physics receiving a bachelor's degree under the professorship of Carl Wieman (Physics Nobel Laureate 2001). Changing his focus to studio art he remained two more years in Boulder to study under experimental film maker Stan Brakhage. Reynolds then finished an M.F.A. in New York City at the School of Visual Arts.

Influenced early on by philosophy and working primarily with 16mm and Super 8mm film as an art medium he has developed a common film grammar based on transformation, consumption and decay. Reynolds' depictions frequent disturbed psychological and physical themes, increasingly provoking the viewer's participation and dismay.

In 2003 Reynold Reynolds was awarded the John Simon Guggenheim Memorial Foundation Fellowship and in 2004 he was invited to The American Academy in Berlin with a studio at Kunstlerhaus Bethanien for one year. In 2007 he received the German Kunstfonds support to develop two projects in Berlin in 2008. In 2010 he will have a eight month residency at Akademie Schloss Solitude (Germany).
Thingist
Subscribe
Join NYC Events List