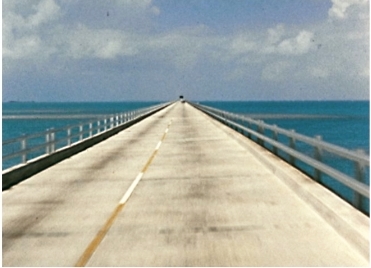 "The Parallel Street is one of the most mysterious pioneer films of the New German Cinema. It was produced by GBF, a production company for innovative industrial and promotional films and received awards in inter national film festivals. French critic Robert Benayoun called it 'a philosophical thriller, a western of meditation which compensates for a whole year of inevitable manifestations of stupidity,' Jacques Rivette put it on his list of the most important films of 1968. [Pirate Cinema] presents for the very first time this 'unjustly forgotten masterpiece of the New German Cinema' (Martin Brady)." -- Edition Filmmuseum, Munich

"The most remarkable discovery in recent German-language cinema: Gerhard Friedl's first feature is a hypnotic visual puzzle at the interface of documentary, essay film and pulp fiction. On the soundtrack: an unflinchingly 'objective' account of the labyrinthine genealogies, criminal involvements and afflictions of Germany's economic leaders in the 20th century. On the screen: pans and tracking shots through European financial centers, production sites and landscapes. The sheer depth and crispness of these images is a treat in itself; a transformation into cinégénie of what artists like Candida Höfer or Jeff Wall have done by means of still photography. At times, image and sound are aligned, at others they just miss each other. They invariably suggest correlations. Paranoia? Irony? Can the prosaic, criminal state of affairs of a modern economy be depicted at all? Pierre Rissient, the French film historian, puts the film where it belongs: 'Fritz Lang would have loved it!' -- mubi.com

"The Dilapidated Dwelling ... [is] focused, quite precisely, on the question of the systemic logic of capitalist markets. A television documentary, it was made with the intention, in part, of influencing government policies towards housing. It remains some of the features of the Robinson films, including the journey/investigation format and a minimal fictional frame; however, these aspects are less pronounced that they are in the earlier films. Keiller describes The Dilapidated Dwelling as a 'comparatively straightforward televisions documentary' which he originally conceived as a 'piece of architectural research.' It contains a combination of archival footage and interviews with experts - many academic - linked together by a narration which circles around an investigation into the state and prospects of residential dwellings ('old space')." -- Paul Dave, Visions of England: class and culture in contemporary cinema, 2006
Thingist
Subscribe
Join NYC Events List